12 years ago today, 232 people boarded planes, along with 31 crew. Because of the actions of others, they never arrived at their destinations; and thousands of other were killed in the process.
This morning, like them, I boarded a plane.  It was the final leg of my second ever round-trip flight. (Yes, in almost 40 years, I’ve only flown twice.)  And my first flight anywhere alone.
Even with all of the security improvements,  the thoughts that someone could try to repeat the choices of those who acted 12 years ago, were running through my mind.  My thoughts were with all of the souls that were lost 12 years ago.
There will always be things to be afraid of, the key is whether or not we take action in the face of those fears to keep moving on.  I could have avoided getting on the plane, tried getting a later plane, to get on a plane late on Tuesday night.  But I didn’t.  If I had, I would have left fear win, and I haven’t worked the past 8 years to let that happen.
The best part of facing the fear today, is if I can do it today, I can do it any day. 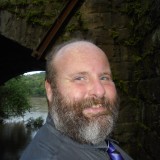 Joseph was a Certified Peer Support Specialist in Pennsylvania for 9 1/2 years, and is now living in New Jersey and working in New York.

In his role as a Certified Peer Support Specialist, Joseph supports the recovery of his peers in their plans to take action to recover wellness in their lives.